Beating AFC Darwen 4-1 at the Barton Stadium to record their biggest home win of the season so far, 1874 Northwich maintained their one point lead at the top of the NWCFL First Division table.

1874 started the game on the front foot exerting pressure on the visitor’s goal straight from the kick off, forcing several corners in the opening period. However, it was Darwen who came closest to opening the scoring against the run of play in the 30th minute. Goalkeeper Matt Conkie saved well at close range to deny Bobby Langford, who ghosted between 1874 defenders to head a cross goal wards.

1874 bit back as they floated a free kick into the Darwen area, which resulted in Craig Farnworth heading straight at the Darwen keeper, then moments later Darwen scrambled the ball off the line from a corner.

The deadlock was broke in the 38th minute, with 1874 pressing forward, Mike Brandon laid the ball off to Lee Jones who from the edge of the area reduced the Darwen goalkeeper to the role of spectator as he spectacularly shot into the net. 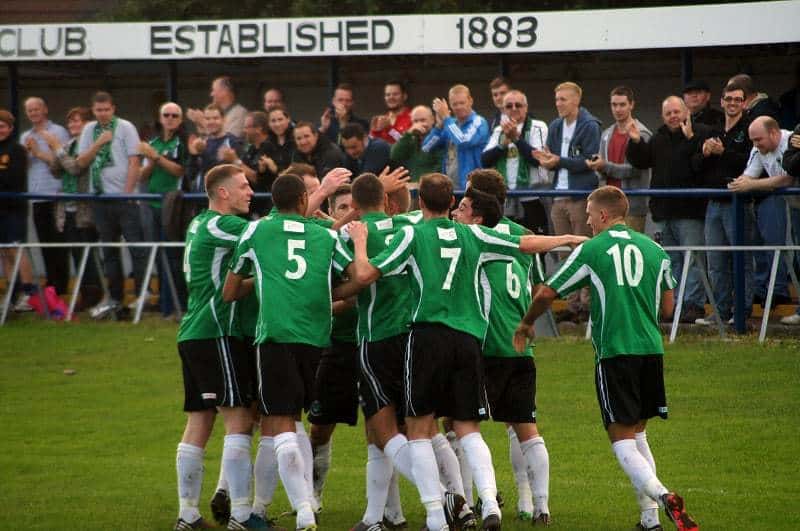 Brandon almost added a second two minutes later when he met a Stuart Wellstead cross but from close range could only head into the side netting. The same pair combined on the stroke of half time to send 1874 into the break with a two goal lead. Wellstead chipped the ball over the last Darwen defender into the path of Brandon, who calmly slotted the ball past the visitor’s keeper Stefan Holden. 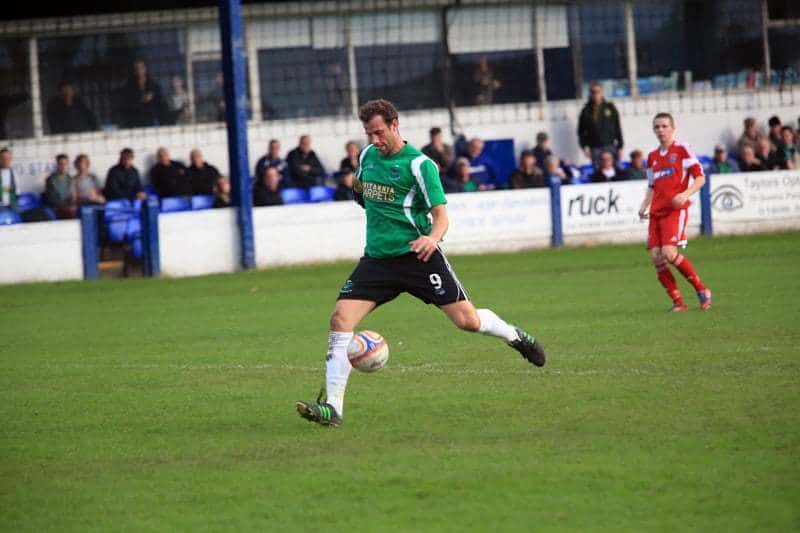 The second half followed a similar pattern to the first half with 1874 pushing forward and Darwen only offering a limited threat on the breakaway.
Having only been on the pitch for a few minutes substitute Matty Ward scored 1874’s third goal in the 70th minute. Captain Adam Foy drifted a free kick into the Darwen area where Ward’s header was saved by Holden, who let the ball slip from his grasp allowing Ward to net at the second attempt.

As thunder began to rumble around the ground, Darwen cut the deficit in the 80th minute when their captain Stephen Lee took advantage of slack play by the 1874 rearguard to score. Eight minutes later Lee looked like he would score a second but while bearing down on goal was disposed by a perfectly timed tackle by Farnworth.

Two minutes after Darwen had scored Brandon rounded their keeper but could only look on in dismay when his shot from a tight angle bit the far post and rebounded away from the goal.

As the game entered stoppage time and the ground was hit by a deluge of rain as the black sky opened above the Barton Stadium Brandon sent the majority of the 302 strong crowd home happy demonstrating his lethal finishing skills. Substitute Rick Bailey waltzed through the tiring Darwen defence, keeping his feet under a heavy challenge from behind as he rounded the keeper, saw his shot from a tight angle hit a post and could only watch as Brandon followed up to tap the ball home as it was rolling along the goal line. 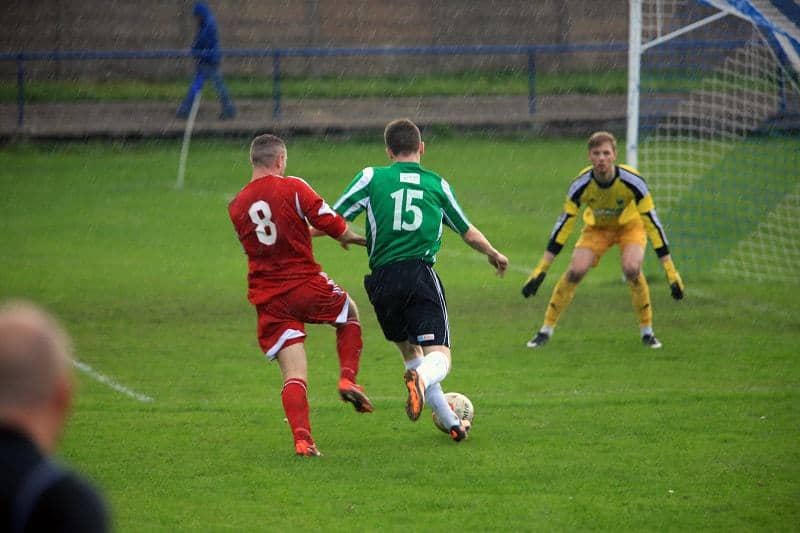