More than ONE HUNDRED 1874 supporters, players and management attended last evening’s Presentation Evening at Winnington Park to partake of an excellent three course meal, some liquid refreshment (in moderation of course) and to recognise the winners of the awards for the First team and our Under 21 team.

First up to receive their awards were from the Under 21 side: 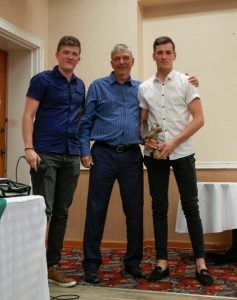 Managers’ Under 21 Player of the Season: Matt Moore 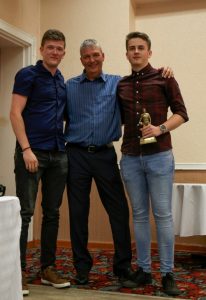 It was then the turn of the First team and unfortunately two recipients were absent due to prior engagement (a stag do in Spain! and work!) 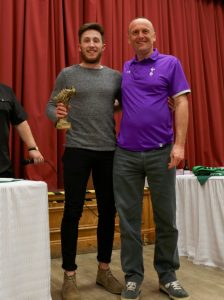 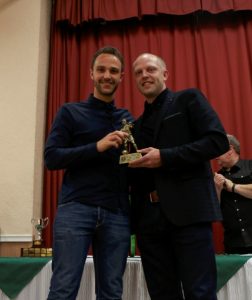 Then finally the Main award of the evening – THE 1874 PLAYER OF THE SEASON, as chosen by the 1874 supporters, was MARK JONES and as Mark was absent his award was kindly accepted on his behalf by his Kit Sponsor Gary Halverson

**
As was the case last season the MID CHESHIRE SENIOR CUP made an appearance accompanying all the other trophies and someone was heard to remark “let’s hope it’s here again in 12 months time with another trophy too!!”

Chairman Paul Stockton thanked all the helpers and presented a good few gifts including a bouquet to 1874’s fundraiser extraordinaire TODDY BARLOW (to be handed to Mrs Barlow in recognition of her “allowing” Toddy to fundraise for the club eight days a week! 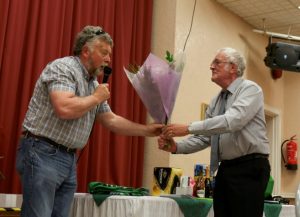