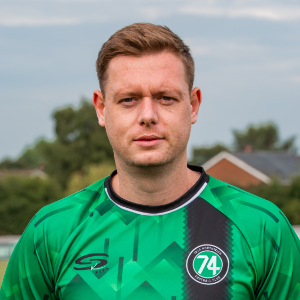 Matthew Woolley – Club-captain who joined 1874 in late 2013 from Cheshire League side Knutsford FC. Matt has had spells at Congleton Town and Alsager as well as Witton Albion and was a member of the original team of FC Halifax Town around their formation in 2008.

Do you have any bad or annoying habits    None – Perfect!