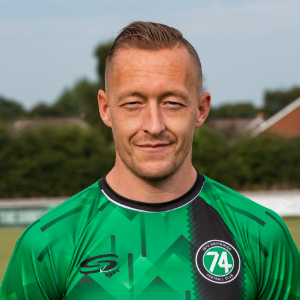 Scott holds the distinction of being one of only two players to net a hat-trick against 1874. He did so  for Congleton Town, where he became a fan-favourite after notching 30 goals in 56 games for ‘The Bears’. A regular scorer for Styal FC in the Cheshire League prior.