League Player of the Month – August

The Club was very pleased to announce that Danny Thomas was voted North West Counties Division One player for August.
Danny had an excellent month, he consistently played well in all of the team’s games which quickly enabled him to become a ‘fans favourite’. He earned praise from Ian Street for his attitude in matches and to training, which Ian described as being ‘first class’.
Danny is pictured receiving his award from John Deal, Secretary of the NWCFL, before the game against Formby on Saturday.
Congratulations to Danny from everyone at 1874. 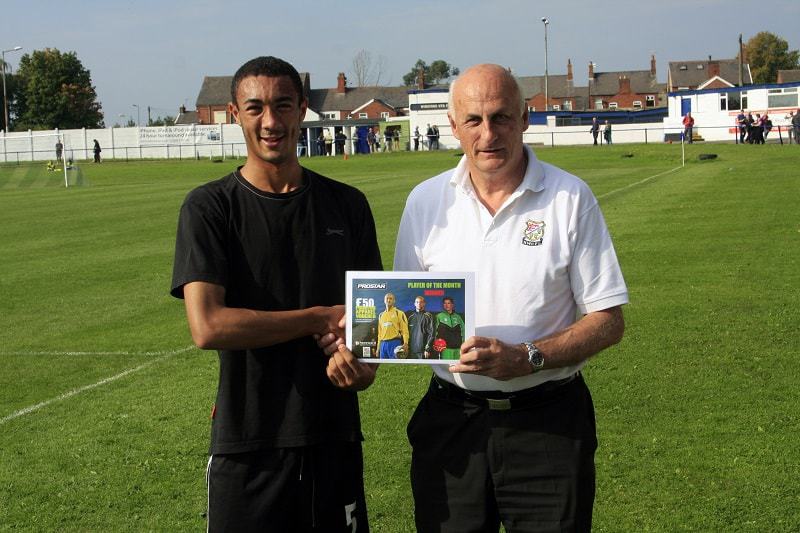