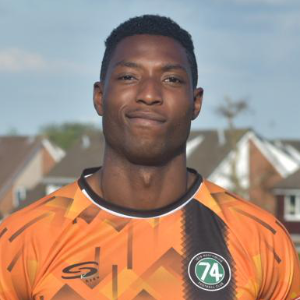 ‘Big T’ as he is affectionately known was well known to ’74 fans before signing for the club in January 2019 as he’d previously been a key member of the Colne side that won the NWCFL title with Colne.

His career has also included stops at Padiham, Mossley and Salford. Since joining ’74 he’s become a firm fans favourite, thanks to his consistent levels of performance during his 100+ games.