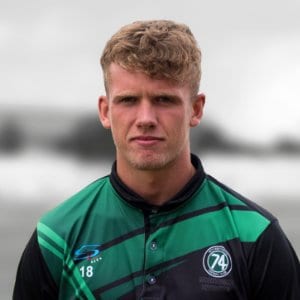 In mid December, the club were pleased to announce that winger and product of the Under 21’s Taylor Kennerley had agreed to commit his future by signing a contract until the end of the season.

Speaking at training with Media Officer Matt Waters, Kennerley revealed that despite clubs from higher levels approaching 1874 for his services, he believed that the amount of game time he was getting made him eager to sign a contract to secure his immediate future.

After breaking into the first team last season and playing a pivotal role in the FA Cup and FA Vase campaigns, Kennerley said, “ Wayne and Paul have had a great impact in making me sign this deal as not many teams at this level put their trust young players. They’ve really given me a chance, I’ve been starting every game and so it was an easy decision to sign.”

Kennerley, who has made 80 appearances for the club in total stated, “The fans should stick by the squad and get right behind us. Their support motivates us as players to play our absolute best and I know I’ll give 110% each and every game.”

Our next game is at home on January 5th to title challengers Congleton Town.