We know everyone will remember that 1874, working closely with Runcorn Linnets and their supporters, held a collection at our match in March.  This was deemed ‘Blue Bandana Day’.

The collection was arranged, once it became known why 1874 Goalkeeper Greg Hall, wore a bandana during each game.  This was in support of Gracie McCall, a young pupil who attended the school where Greg worked.  Gracie had sadly been diagnosed with terminal cancer and Greg wanted to help the fundraising efforts by putting £10 into a collection each match.

Supporters had no hesitation in offering Greg, and Gracie, their own support.  Many bandanas were sold and worn on the day along with various other donations being received.  This also included very kind donations from other clubs and supporters in the Hallmark Security League football family.  This was truly appreciated.

The devastating news followed a week after Blue Bandana day that Gracie had slipped away.  This was felt by everyone at the Club, and of course, hit Greg hard.

We are now able to advise that, following contact with Gracie’s family via her school, an amazing £855 has been paid over to their nominated charity ‘Kidscan’.  We are aware that Kidscan supported Gracie and her family during her illness and they remain in contact with Gracie’s parents.  Indeed, her Mum and Dad are keen that Gracie stays front and centre of Kidscan’s work, as a lasting memory and legacy following her death.  The good people at Kidscan have received information on how the donation has come about and have asked that their grateful thanks be passed on to everyone involved.

More information on Kidscan can be found on their website www.kidscan.org.uk

Once again, a huge thank you must go to everyone who bought bandanas or who donated money in memory of Gracie.  You can be assured that this money will go to good use, in supporting other families during difficult times. 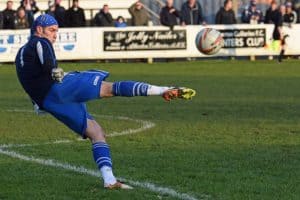