WHAT a challenge, WHAT a day and WHAT a performance – please just stop and take a minute to think about this: Last Saturday a group of willing volunteers gave up their time to tackle a challenge with the aim being to increase the awareness and raise funds for “Blind Veterans UK” and “Guide Dogs” – but this was certainly no ordinary challenge:
Meticulous planning over many weeks had gone into this task and everyone who participated or watched the event on Saturday was in total agreement that it was both extremely worthwhile and an experience never to be forgotten and on behalf of the two charities and 1874 Northwich FC we would like to give a huge thank you to all the participants, helpers and sponsors
Tony Rogers was the man behind this event of course and he had been involved over a number of weeks of planning and was first to arrive “with the larks” at Marbury Park to oversee most of the early logistics necessary to facilitate the event. To achieve a marathon it would be necessary to walk 18 laps of the 1.5 mile circuit that Tony had mapped out. 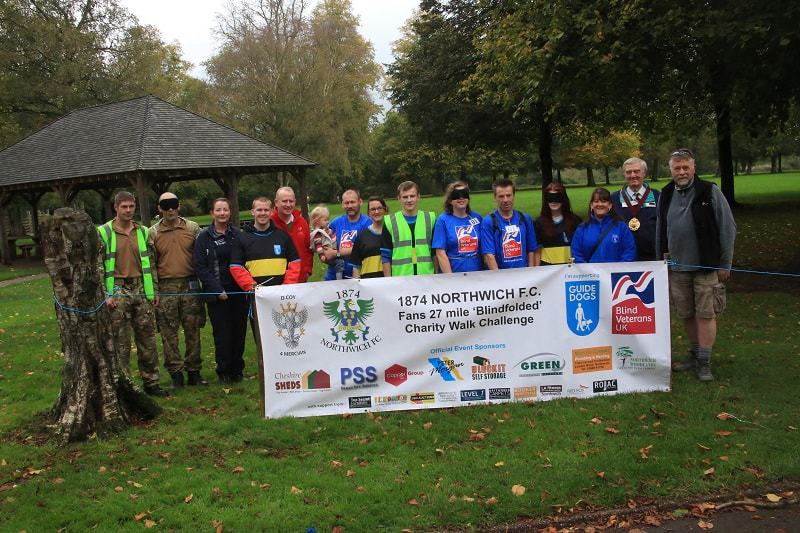