‘74 came away from their FA Trophy debut with more regrets than sorrows after pushing one of the most in form sides in the country to their limits at Townfield.

A penalty shoot out, a somewhat harsh way to decide a game after a solitary ninety minutes, was what saved something that on form could have been classed as an upset.

A first half which was dominated in terms of chances and possession by ‘74 seemed to catch Marine cold.

Fresh off more FA Cup heroics in the week, the visitors couldn’t get close to ‘74, and had their keeper in inspired form, making four vital stops in the opening half.

Jake Parker took aim on the volley as a headed clearance found its way to him, but Passant was at full stretch to tip wide before the ball could nestle in to the corner.

Paul Turner was next on his first start for the club; played in behind by Joe Woolley, the forward drove a powerful effort across the ground which Passant parried away to safety.

The clearest of the chances was yet to come, Parker’s cut back was guided on by Jack Irlam and Paul Turner was just behind the ball and unable to turn home at the back post. Jack Irlam also hit an effort from outside the area which was straightforward enough for Passant to hold on to.

The goal was evading us, but nearly came for our visitors in what was a rare chance on our goal in the final seconds of the half, Solomon-Davies slotting in Ben Hughes who dragged his effort wide.

The second half began perfectly for 1874 when Jake Parker opened the scoring on the 50th minute. He picked up a loose ball and drove a shot underneath Passant from just inside the area.

This seemed to wake the visitors into life.  A deep cross found Lewis Reilly, whose header looped towards Aghayere’s goal and the ‘74 stopper had to tip the ball over the bar for a Marine corner.

Marine changed shape, bringing on Niall Cummins, and ‘74 now had to dig in for the final 20 minutes as the visitors pressed for a way back in to the game

The equaliser came when a cross deep into the box seemed to evade everyone, but it was kept alive by Solomon-Davies who managed to guide a header in to the top right corner of the net with Aghayere only managing to get a hand to it as it crossed the line.

The final whistle blew and the game went to penalties, and it was more heroics from Passant in the Marine goal which decided the fate of the game.

The Marine stopper made three penalty saves, the highlight of the lot being a top corner save to deny Callum Gardner from 12 yards. Neil Kengni scored the deciding penalty to seal the visitors passage to the next round.

A valiant, fighting effort from ‘74 who on the balance of play deserved more. But a Trophy debut to be proud of nonetheless. 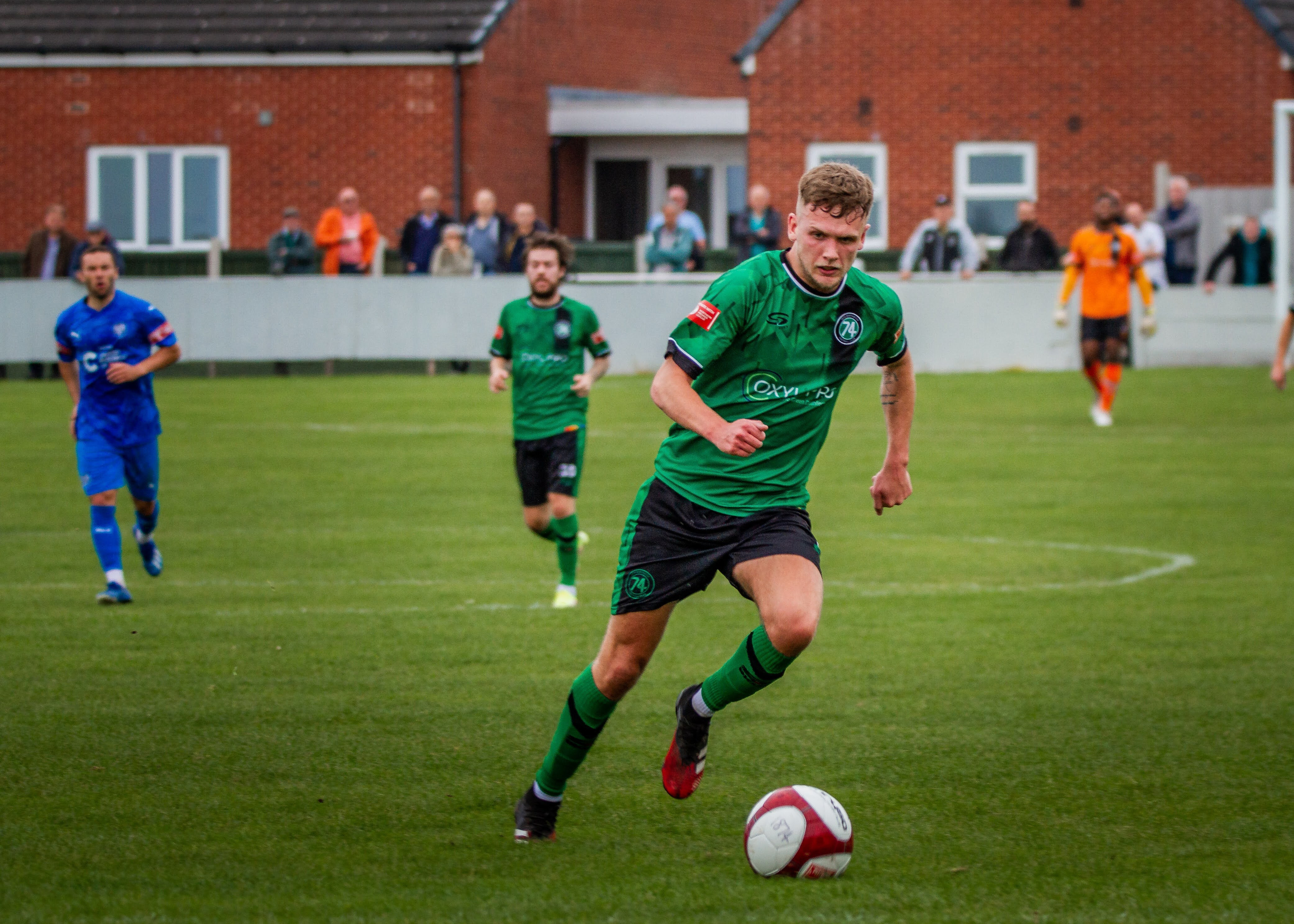