During the week a few of the players got down to the Lostock Social Club to register for the forthcoming season, but inevitably due to holidays and work commitments a number of the squad could not make it and will therefore register after Saturdays first training session at Moss Farm.

There are a few familiar faces from last season’s squad on the photographs and a few new faces there as well, central defender Alan Scurry joins from Preston NE, goalkeeper James Fossdyke from Hanley Town, central midfielder Brett Hamer from Christleton in the West Cheshire league and, not pictured, but who put pen to paper on Saturday is former Congleton Town striker Andy Hurst.

I am very pleased to get the lads registered and especially glad to have secured the signature of Andy Hurst, he is a top quality player and we almost had the deal done at the start of last season but a few complications prevented it and when Andy got the chance this time around he wasn’t going to pass it up again and told me that he is really looking forward to getting involved.

On Saturday the remainder of the squad will hopefully get their registration forms completed including a few more new faces – details of which I will give you in a further update. 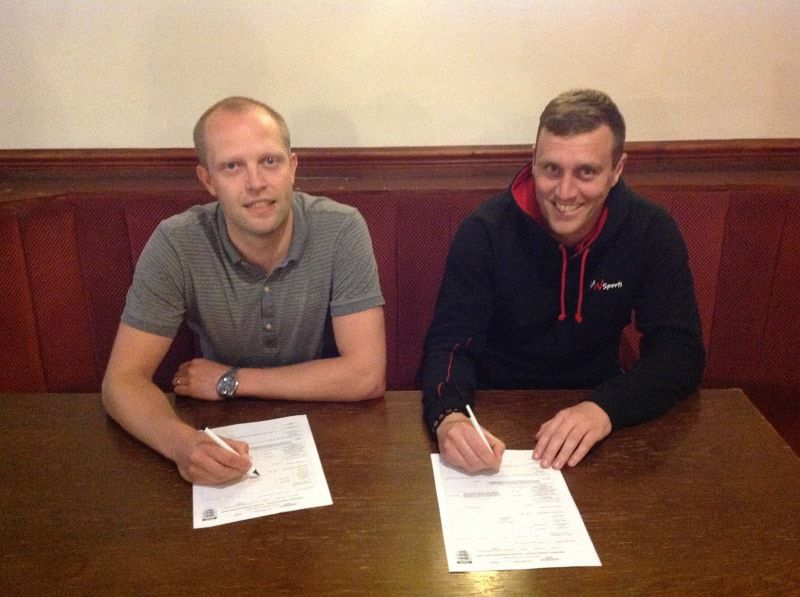 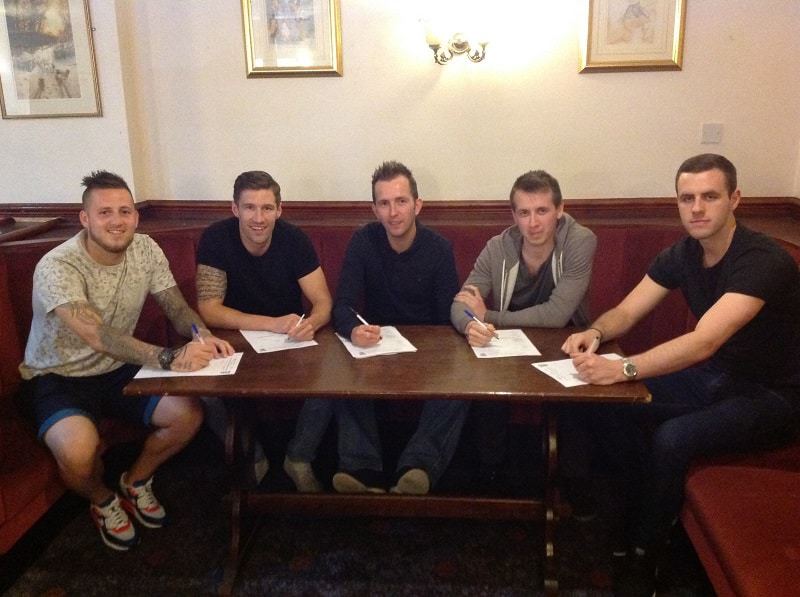 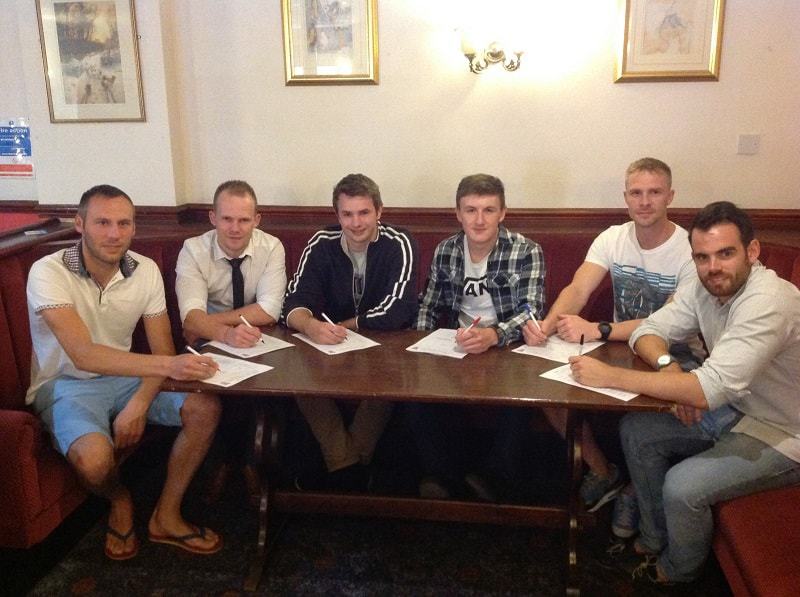