Supporters Player of the Month | 1874 Northwich F.C. Skip to content

Supporters Player of the Month

The Club was pleased to announce that Tom Peers had been voted as the fans favourite player in September.  Tom joined us on 2 September and remarkably the following evening, made all the headlines for his match winning late goal against Ashton Town, a sweet strike from the edge of the area.  He subsequently went on to play well in all our games, scoring four goals.  Tom was also chosen to play for Chester in their Youth Cup game and also for the Cheshire FA, so a very busy month indeed for the young star.
Tom is pictured receiving his award from 1874 fan Craig Thompson 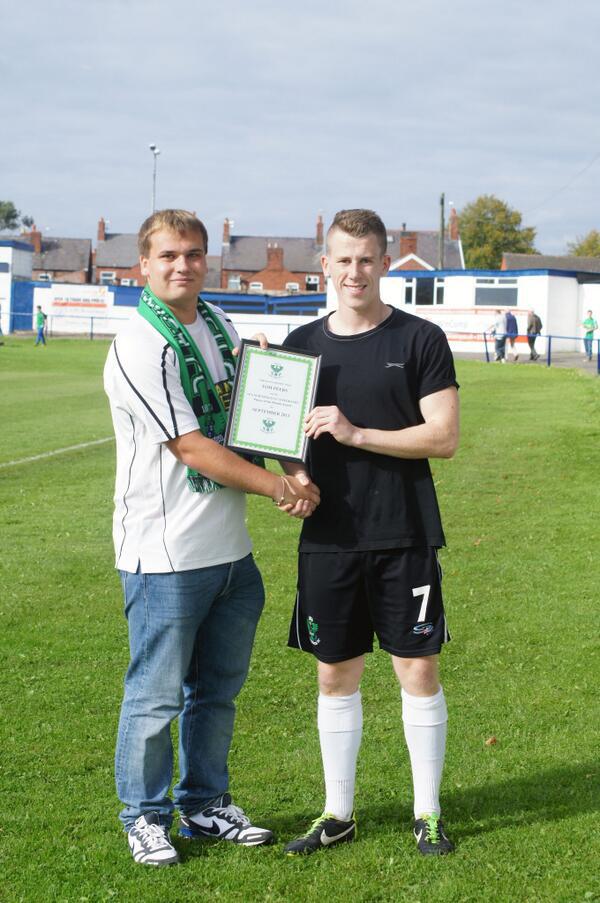