“When we play well, we’re as good as any side in the division” | 1874 Northwich F.C. Skip to content 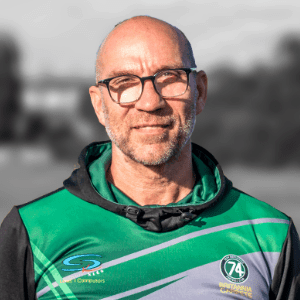 Goodison: “When we play well, we’re as good as any side in the division”

With it being just over 2 years since they were appointed, Wayne and Paul once again have the opportunity to add more success and silverware to the club, this time in the form of the Macron Cup. After winning the Mid Cheshire Cup at the end of the 2016/17 and getting to the FA Vase semi-final last year, it’s clear that they will want to keep their successes in cup football going especially when a trophy’s on offer.

Speaking after a comprehensive 3-0 win over Runcorn Town Wayne said, “It’s rare as a player or manager that you get a chance for silverware and you have to do your utmost to win it. Obviously, the league programme hasn’t been as we hoped but now, we have a chance to do something about it and win something at the end of it.”

1874 will be without the experienced and versatile Mark Jones through suspension and also Jack Irlam doubtful as he is returning to fitness but manager Wayne Goodison said “We’ll give Jack as long as we can before making a decision. Wayne also revealed that creative winger Taylor Kennerley will return after recovering from his injury sustained against Whitchurch Alport.

After regaining some good form heading into Saturday’s final with back to back wins Wayne commented, “That we’ve played quite well recently and we’ve created plenty of chances but we also recognise that we don’t take enough of them.” When asked whether we would see any extra preparation or alterations to the side to counteract the new Hallmark Security League Champions, Wayne added, “We aren’t interested in what City of Liverpool might or might not do. We should have beaten them away this season so we’ll set up exactly the same and hopefully that’ll be enough on the day.”

As attention turned away from the cup final, Wayne began to look forward to next seasons preparations and was full of praise for the Under 21’s who’ve featured this year. He said, “They’ve been excellent especially Harry Johnstone and Kyle Phipps. They’ve shown me and Paul that they can do it and they will be a full part of the squad next season along with any others who impress during preseason.”

As next season there are 3 spots for promotion to the Evo-Stik, Goodison revealed that they have a couple of targets that they want to bring in along whilst maintaining the core of the current squad. He said, “It’s very easy to say the players aren’t good enough and we need to get rid of them, but there’s lots of experience in this squad and that’s important at this level. Me and Paul have a couple of targets in mind that we want to bring in but that all depends on whether they have higher offers elsewhere and how much of our budget we want to spend on them.”

Finally, when reviewing the season as a whole he added, “We’ve got to be more competitive next season. It’s our consistency that’s let us down and at times player availability. Obviously, there’s some that we understand however some have been unacceptable and we’ve spoken to them about that and it cannot and won’t be allowed to happen again. When we play well, we are as good as any side and as long as we get that right and focus, we are as good as anyone.”

1874 play this weekend in the Macron Cup Final against City of Liverpool at Moss Lane, Altrincham with an earlier kick off time of 1pm.