A word with Woolley | 1874 Northwich F.C. Skip to content 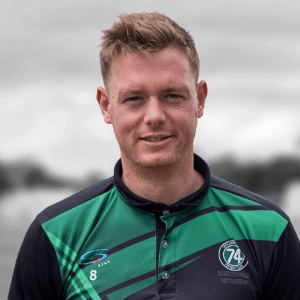 Woolley: “If we can beat the league champions in a cup final, then it can give us the confidence and belief that we can to go on and be successful next season”

As the league season has drawn to a close, attention has now turned to the Macron Cup Final against City of Liverpool and as far as 1874 are concerned, it’s business as usual. After the game against Runcorn Town, Captain Matt Woolley said, “Our Preparation starts now. We’ve got 2 training sessions in the week where we’ll go through shape and set pieces, but also looking at how they play. We’ve just come off the back of a 3-0 win over a good side in the league so hopefully that’ll take us into next week on a bit of a high.”

After beating Runcorn last Saturday, 1874 secured 10th place in the league, 3 places below last season’s 7th and Woolley believed this season’s inconsistencies wasn’t down to one specific reason. “It’s difficult to put your finger on it. Obviously last season we gained momentum and you look at games differently with much higher confidence levels, but last year we didn’t get silverware so this is an opportunity to do so.”
With the club playing its best football in various cup competitions over the last 2 years, Captain Woolley felt it’s vital that they use all the experience from last season’s FA Vase and FA Cup runs in order to win on Saturday. “The majority of the squad is still the same as last season and they were big games, which were a one off and yet you’ve got to win those games. It’s that experience and knowledge of these types of games that we’ll carry through to try and win. Whether it be not giving away any silly goals or fouls and if the ball has to go out then ground then so be it. Hopefully we’ll be able to relax on the day and put in a good performance.”

Matt Woolley, the Clubs 3rd top goal scorer this season, felt that beating newly crowned champions City of Liverpool would right the wrongs of this season. He said, “We feel like we’ve let ourselves down with the inconsistencies this season. If we can beat the champions in a cup final it can give us the confidence and the belief that we can go on and be successful next season.”

As Woolley turned attention towards next season, he believed that consistency on and off the pitch is the key too success. He commented, “The main thing which has been disappointing this season is the consistency. Looking back on the amount of games we played towards the back end of last season, meant that when we came back this season it was almost like a hangover period and some players weren’t mentally ready to come back and go again. It also proved difficult with people not being as available or committed as they should be, so really the overhang of last year had a major effect.

He also added, “We’ll get 7 or 8 weeks off before we come back so hopefully everybody will have a good break and be ready to come back for next season where we have around 7 games in preseason.”

The clubs all-time leading appearance maker Matt Woolley revealed that success next season is key. “We want to be as successful as we can. We want to be challenging and have good Vase and FA Cup runs and obviously there’s lots of sides that want to be going up so we have to play our best to achieve this.”