Ahead of Tuesday’s FA Cup clash against Warrington Rylands, we caught up with Wayne Goodison to discuss preseason so far and preview next week’s tie.

When asked for his reaction to the draw, Wayne told me “it’s one of the most difficult games we could have and it’s the exact same for them.”

He continued, “I’m really looking forward to the game and so are the players. We had two really good games against them last year and we know they’ll come and play good football against us. They’ve got some good players; we get on well with their management and with fans allowed back it should be a great occasion. The way we see it, if you’re going to do anything in the FA Cup, then you have to go through at least two or three difficult games in the process and this is one of them.”

It was clear from speaking to Wayne that he believes it’ll come down to “who can impose their style better on each other on the day.”

“We expect them to pose a similar threat to last year. We like the way they play and we’re sure they’ll feel the same about the way we do. They play good football with a high tempo and have obviously strengthened their side, but so have we.  The signings we’ve made have improved us and we want to do better than we did last season so Tuesday will be a good test for us. I believe it will come down to who can impose their style better on each other on the day.

The main thing for us is that it brings back some more normality. I’ve said it many times before that both sides won’t be totally ready, but the FA Cup gives us and the players an extra level of focus especially against tough opposition.”

Wayne highlighted our pressing ability could be the difference between the two sides on Tuesday night.

“It took us a long while to get this right, even before last season. We looked at what we could do better and we felt playing a high tempo game in and out of possession would be fundamental.  No matter what people say about how well we supposedly did last year, it all comes down to how committed the lads are too each other, with and without the ball. For us, it’s vital to play that way because without that energy, we aren’t the team we can be. We’ve worked on certain elements of this throughout preseason and I’m sure they have too.”

To get your tickets to our Extra Preliminary round tie vs Warrington Rylands, head over to our club shop to purchase them to limit cash handling on the day.

Following the successful return of football to Townfield this week, we are pleased to confirm that Tuesdays FA Cup fixture against Warrington Rylands will be played at the maximum capacity of 300. Supporters are reminded that strict FA guidelines are in place for this fixture, so please be aware of the following:

From this evening, MEMBERS will be invited via email to purchase tickets from the club store. As last time, details will be taken (for NHS Test & Trace purposes), and a confirmation email will be sent, which should be presented on arrival at the ground (either printed or via your phone). For those members that are unable to pay through the store, or do not receive a message, please email fanengagement@1874northwich.com providing your full name and contact number (for NHS Test & Trace purposes) and we will confirm your place.

If you are unable to email, then please TEXT your name and best contact number to 07975 679624. Members will have until Saturday evening to purchase or reserve their tickets. After that deadline, places will be opened up for general sale, at which point we will confirm details on our social media channels and on the Fans Forum. Admission will be £6 & £4, payable on the evening for those that have not purchased through the store. 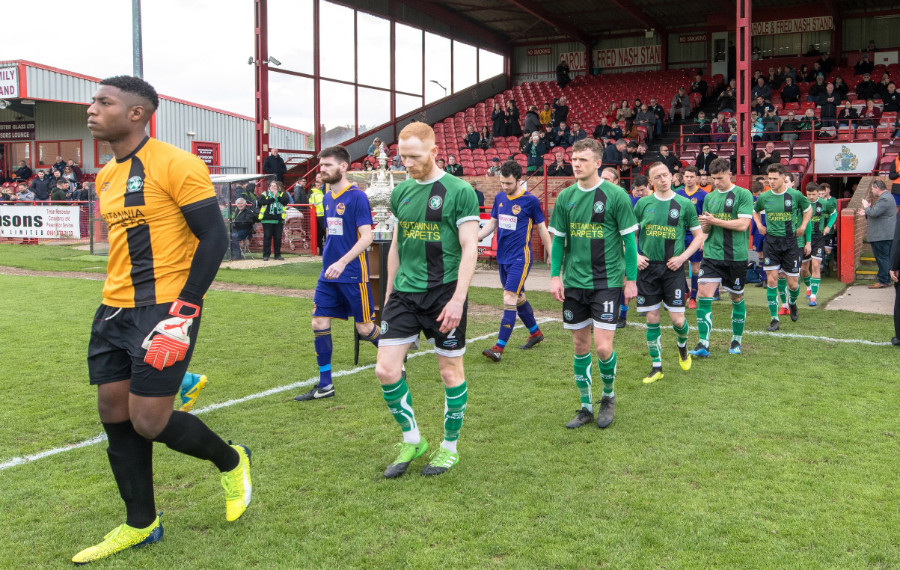 The board of 1874 Northwich FC wish to inform all supporters that, as previously agreed this fixture will be played behind closed doors.

We are aware of the recent changes to guidance relating to allowing supporters inside stadiums. However much consideration has gone into the planning of this fixture in order to ensure that it is conducted in a safe manner in accordance with Government advice. The fixture had always been planned as a dress rehearsal to test and adapt the clubs response to Covid-19. It is the clubs responsibility to ensure the health, safety and well being of our supporters and to ensure that all necessary safeguards are in place and have been tested before allowing supporters through the turnstiles.

It is regretful that given the short notice of the changes to guidance, and the limit on numbers who would be allowed to attend, we do not feel that it would be fair to either side to selectively admit supporters.

The club understands the disappointment that many will feel, but ultimately the long term success of the return of supporters to watching football is paramount.

1874 Northwich are currently arranging an additional pre season warm up game to be played at Townfield on Thursday 27th August 2020. Details of this game and arrangements for admission will be announced shortly.

As always we appreciate the assistance and support of our supporters in ensuring that we can all return to watching football in a safe manner.

On behalf of the board of 1874 Northwich FC

After recent guidance from the North West Counties, they announced they intend to start the season on the 3rd of October with fans (This is subject to change as it could be brought forward or delayed further).  Over the weekend I caught up with our Captain Matt Woolley to discuss how our preparations are going ahead of the new campaign . However, when speaking to Matt, it became clear that there are more challenges than ever to be ready for the new season.

“It’s difficult because we now have a confirmed date, but it still seems as if it may go on and on where we don’t have sufficient information as players to prepare to hit our peak once the season is up and running.  I think we all need a final date confirmed, which we thought we had so it removes the uncertainty that we are currently experiencing. We don’t want to go on and on playing friendlies without knowing when the season will start because the whole benefit of those games will run out.”

Despite this, Woolley told me that the intensity in the training sessions has to rise ahead of the planned date of the 1st of September in the FA Cup .

“The sessions so far have been good, it’s great being around the lads and ultimately whether the season starts on the target date or not, we have to plan on that being the case. Over the next few weeks, we’ll see the intensity in the sessions increase and become more competitive. The only way we are going to become sharper and get our match fitness back is by playing friendlies so hopefully that can happen in a Covid secure manner.”

One potential challenge that Matt raised was the issue of playing games against sides situated in a local lockdown.

“I personally don’t think you can start a season if local lockdowns are going to be in place. If people can only see their households, can they still play games and come to training or is that also now not allowed. It’s only going to prolong a season. If these situations are going to occur, what you’ll find is teams will have players at different stages; some will be fit, others may be getting to fitness and there will be those that are completely unfit. If we start playing games in these situations, the quality of those will be reduced and may not be reflective of a somewhat ‘normal season.’

With FA and Government guidance ruling that any pre-season games will be played behind closed doors, Matt explained that one of the biggest concerns for players is the matchday experience they will encounter.

“For me none of my family are high risk, so I can be confident that I won’t be affecting anybody close to me, but that can’t be generalised for everybody. There could be some players who can’t commit to playing a full season at this stage because they can’t put loved ones at risk. However, the biggest concern for us as players is the matchday experience. For example, changing facilities will be unavailable, we won’t be able to shower after games. Everybody will be sweating, which can potentially carry the virus and we will have to go home in the same kit we’ve just played 90 minutes in. That’s why for me personally, it’s much more difficult to say let’s play football again, if the conditions we are playing under aren’t clear.”

However, in preparation for the forthcoming season, Woolley said that they need to be more clinical in front of goal and also tighter as a defensive unit.

“One of the things we have been working on so far is our shape and the way we play our games. We saw a lot of times last season there were games where teams decided to sit back and protect either their lead or trying to take a point against us, so this season we have to become more clinical. Even though we were the best side in terms of goals scored and least conceded, there’s always ways to improve and Wayne and Paul have been helping us with that so far in pre-season. We’re learning to take our chances even more so when they come because that’s what is going to propel us to the next level in our hunt for promotion.”

In this weeks edition we catch up with Scott McGowan! He discusses his time at the club and Kyle Riley joins us for a game of truth or lie!

After the way the season had to end, we wanted to do something a little different this year with our Goal of the Season video and vote. So we went out to our squad and asked if they’d be interested in commentating on the chosen goals and having some fun with it. We had a fantastic response, so thanks to all of them.

You can get a snippet of the fun we had above, and then click the link below for the full video. There were some outstanding goals this season, and we had a hard enough time even choosing the shortlist! We’re just glad we don’t have to choose the winner…

Start the discussion on social media if you’d like, and members should watch out for an e-mail following the newsletter with details on how to vote! We hope you enjoy it! 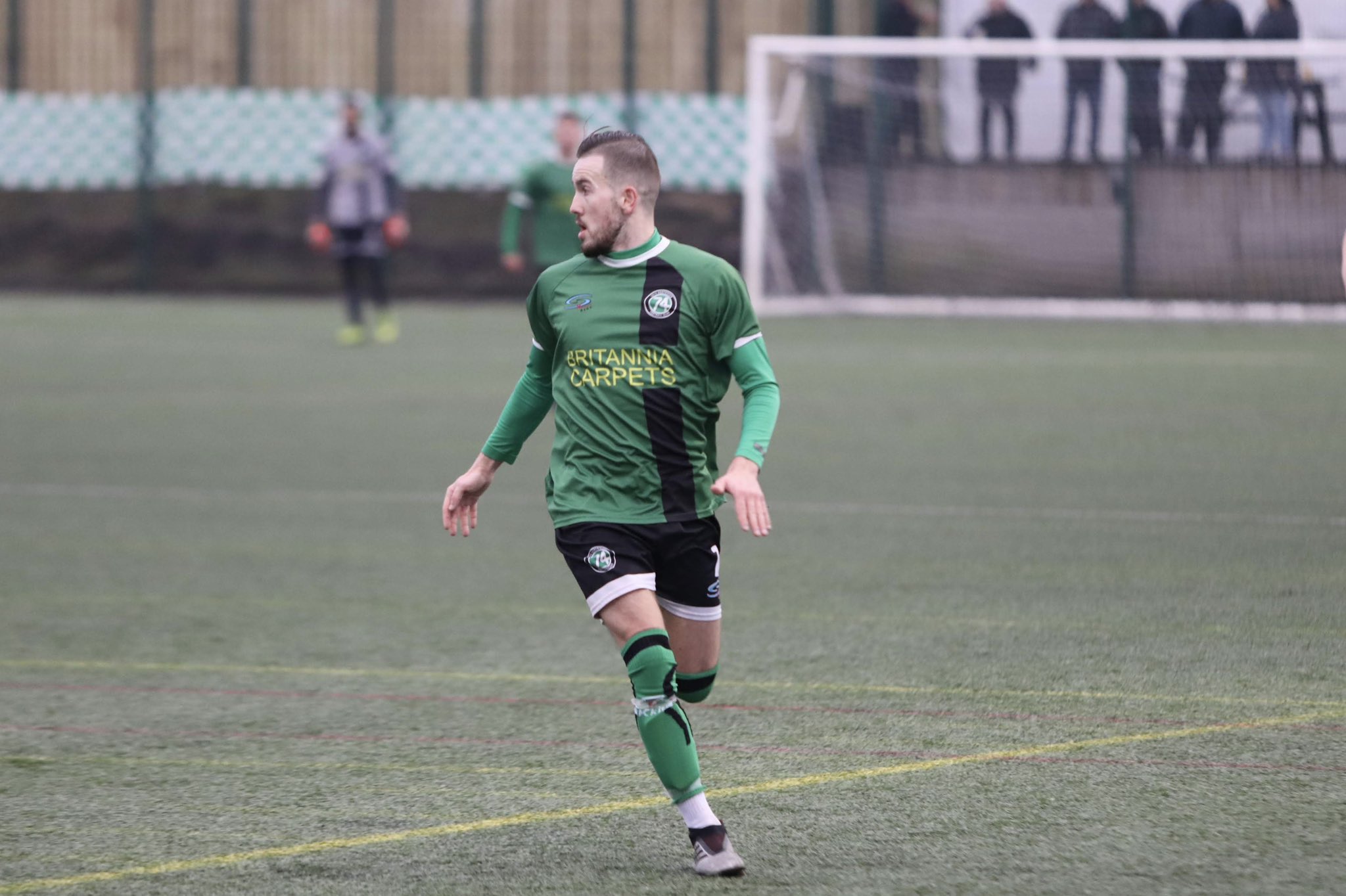 We catch up with Callam Gardner to discuss his time in football and all things 1874!

In this weeks edition of 1874 at home we are joined by our Co-manager Paul Bowyer!

Paul talks through his time in football as a player and his move to management. Plus answering your questions!