‘74 produced their finest performance of the season by becoming the first side to beat Trafford on their home turf this term.

Starting on the front foot, ‘74 controlled the opening exchanges, with Trafford having to defend hard to keep the waves of ‘74 attacks at bay, however it was the hosts who opened the scoring against the run of play.

Mike Koral was adjudged to have fouled Max Hazeldine, the forward composed himself to slot home the penalty down the middle sending Aghayere the wrong way.

‘74 rallied, Mike Koral overlapped from right back and stung the palms of Cooper in the Trafford goal who parried behind for a corner.

The deserved equaliser came on the 38th minute, Mackenzie O’Neill was brought down on the edge of the area and Lucas Weir struck a perfectly hit free kick in to the bottom left corner of the goal.

The second half began with a moment of controversy, Joe Woolley seemed to beat the offside trap and he fired a sweetly hit volley over Cooper which sparked jubilant scenes in the stand behind the goal, however, after a few minutes of consultation between linesman and the referee the goal was ruled out for offside.

Joe Woolley wasn’t to be denied for long however, and when a ball broke his way on the edge of the area he hit a curled effort with his left foot which nestled in to the top corner of the goal with Cooper planted on the spot.

Trafford, while for the majority having to defend against a relentless ‘74, drew level once again against the run of play, Connor Hughes struck a belter of a left footed effort in to the roof of the net from just inside the area.

‘74 regained their lead two minutes later, Mackenzie O’Neill got his first goal for the club nodding home on the line a cross from Jake Parker after the ball diverted off Trafford captain Kiel O’Brien.

Lucas Weir was enjoying himself now, he struck another free kick effort which dipped at the right time to cannon off the cross bar only to be hammered clear by the Trafford defenders.

Ash Woods capped a impressive personal display by grabbing his 4th goal in 5 games when he raced on to a long ball down field by Jake Parker. He used his strength to brush off his marker and coolly slotted home in to the bottom right corner of the goal to give the Greens a much more comfortable margin

Captain Matt Woolley was next to get on the scoresheet, a penalty was given as Parker was brought down by O’Brien who saw red for his efforts to deny the chance on goal. Matt then sent Cooper the wrong way to seal a richly deserved 3 points at a very hard place to go. 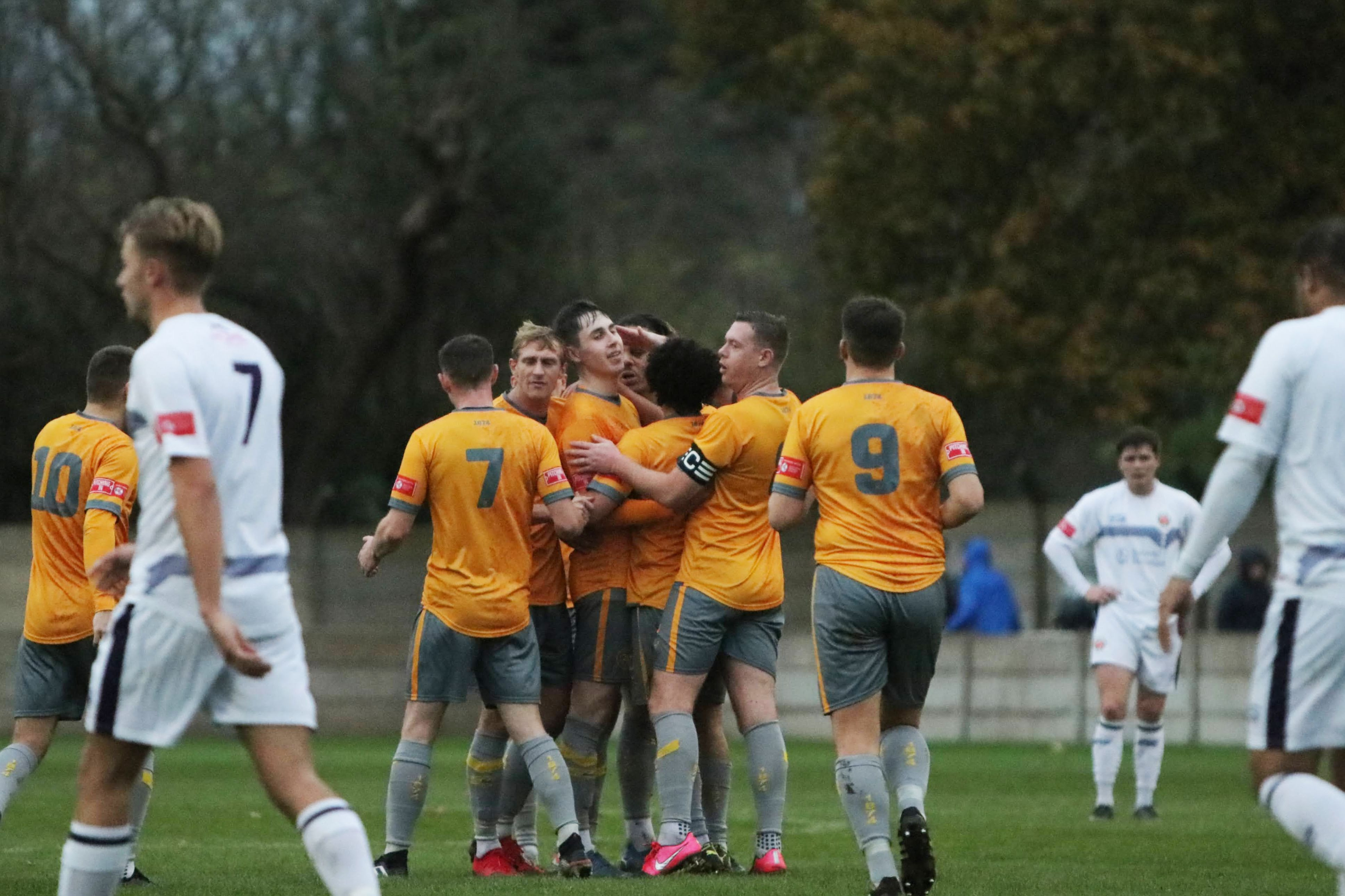