Two goals in the last 30 minutes to earn a draw were the rewards of an impressive second-half performance from ‘74 who can count themselves unlucky not to walk away with all three.

A fast start from the league leaders saw them take a lead on the third minute, Steven Rigg struck a left-footed effort from the edge of the area which nestled into the bottom corner.

Mike Koral tried to get ‘74 back into the game quickly, his effort from distance only narrowly went over the crossbar. Joe Woolley went on a mazy run downfield, his quick feet bamboozled two Reds’ defenders, when it seemed there was a chance to shoot, he looked to square it to Gardner in the middle of the box however Harrison was on hand to clear.

However it was the hosts who got the next goal doubling their lead, Connor Gaul advanced on the ‘74 defence after latching on to a poor pass, he steadied himself to power a brilliant finish into the bottom corner. 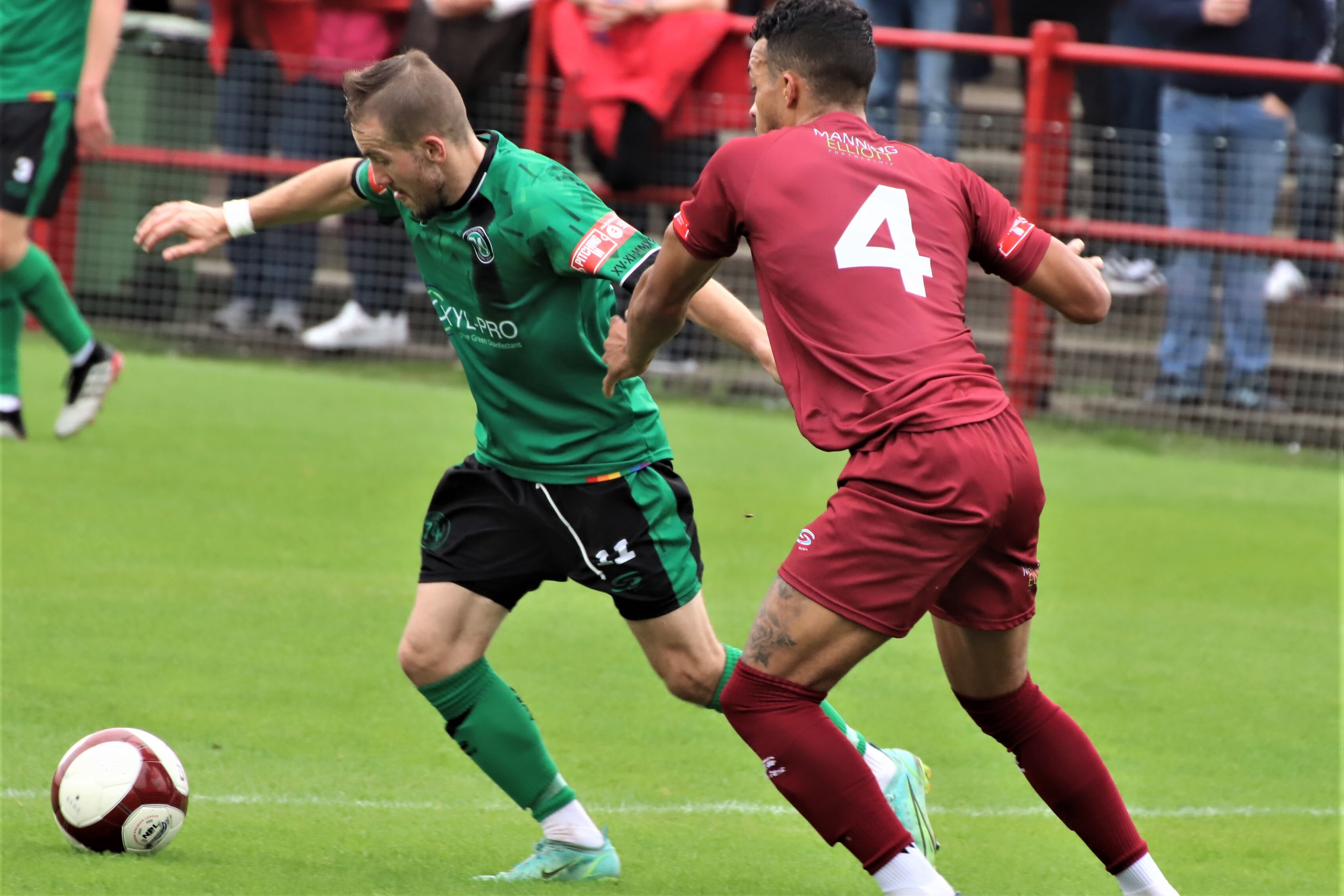 A big chance fell to visitors after the half hour mark, Rigg lifted an effort over Aghayere but also the ‘74 crossbar with the ball landing on the roof of the net.
‘74 were living on half chances for the rest of the half. Woods having two efforts on the Reds goal which were both held easily by Atkinson in the home goal to see his side maintain their two goal lead .

The second half started much better for ‘74. The first chance was from a free kick, as Taylor Kennerley’s effort was parried away to safety. Callum Gardner was causing a number of issues with his tricky footwork and movement, the winger had a curled effort beat the keeper but also the bar as ‘74 continued to push for a way back into the game.

The break we needed came as Gardner took aim from 25 yards, his effort was blocked on route to goal by an outstretched arm, the referee gave a penalty. Captain Matt Woolley stepped up and sent the keeper the wrong way to half the deficit.

Mark Jones tried his luck outside the box, a brave block saw the ball go behind for a corner. From the resulting corner came the deserved equaliser: Jake Parker was unmarked at the back post to head home, the keeper seemed to parry the ball away but the linesman flagged to indicate that the ball had already crossed the line, this sparked wild celebrations both on and off the field.

Two huge moments were yet to come. Workington were completely on the back foot now and ‘74 were in full ascendancy. First, Jack Irlam was on the end of Koral’s cross from the right, but his header skimmed the crossbar much to the relief of the home side who left the midfielder unmarked.

The last kick of the game fell to Aaron Smith, who, fouled on a run upfield, dusted himself down to strike a free-kick from 30 yards out. The ball was hit with power and it dipped to crash against the crossbar with the keeper totally beaten.

The final whistle sounded, and it brought the end of a brilliant contest, from which the ‘74 can be extremely proud of their display against the unbeaten league leaders. 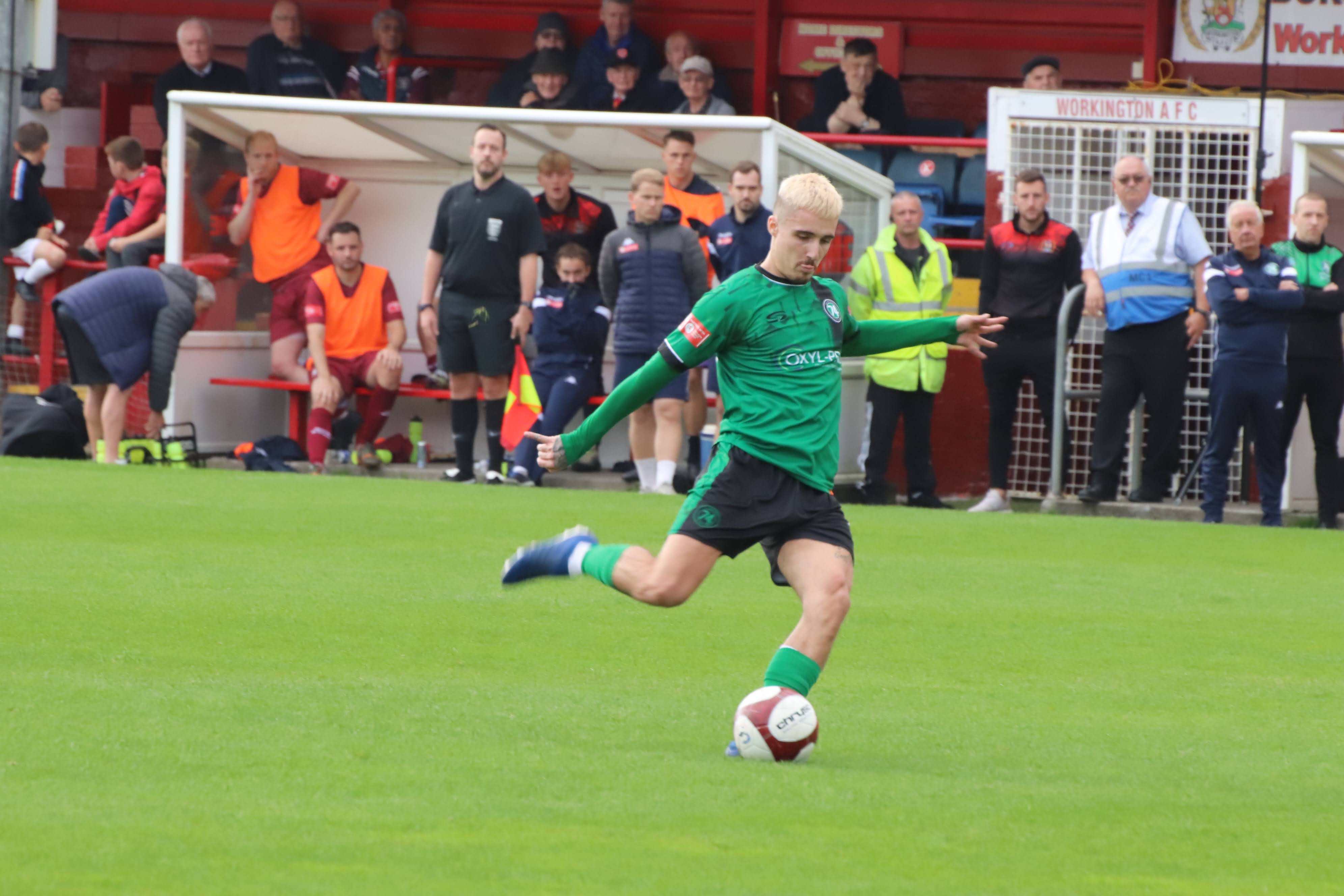