A difficult season for 1874 Northwich ended with the biggest moment in the clubs six season history as captain Matt Woolley lifted the HSL Macron Challenge Cup after his side had defeated Premier Division champions City of Liverpool.

A frenetic opening period saw play switch from end to end although there were few clear cut scoring opportunities created.

Aaron Smith fired the first shot of the game in the 9th minute which City keeper Ben Ashcroft managed to block. A minute later a Mike Koral cross found Taylor Kennerley in space but he pulled his shot wide. Ten minutes later Ashcroft helped a Koral cross over his cross bar.

City had the ball in 1874’s net in the 22nd minute but Tom Peterson’s effort was ruled out for offside. A couple of minutes before half time Craig Cairns headed in to the side netting from Kevin McEllin’s lofted pass.

Playing on Moss Lane’s carpet like surface suited 1874’s passing style as the green and blacks dominated the second half.

Five minutes later the break Smith blocked an attempted clearance, bursting into the City penalty area he fired a shot just the wrong side of the post into the side netting. Three minutes later a Koral pull back found Sam Hare on the edge of the area, his shot was blocked, Kennerley lifted the rebound over the bar.

As 1874 continued to pile on the pressure Ashcroft continued to frustrate. He fumbled a Smith shot onto a post, before keeping out shots from Koral, Smith and Matt Russell. He also tipped a Smith free kick over the bar.

1874 finally made the breakthrough in the 88th minute. Kennerley’s cross from the left found Callum Gardner at the far post, he guided the ball back into the middle of the six yard box where Smith held off Ashcroft to force the ball home.

The goal sparked some life into a City team which had up to this point completely outplayed by a hard working 1874 team.

In the closing minutes Cairns had a shot deflected wide, Paul Williams headed against the bar from a corner and 1874 goalkeeper Tony Aghayere, a virtual spectator for most of the game, reacted smartly to deny Danny Dalton deep into stoppage time.

Moments later referee Peter Shacklady brought proceedings to an end sparking wild scenes of celebration on the pitch and terraces. 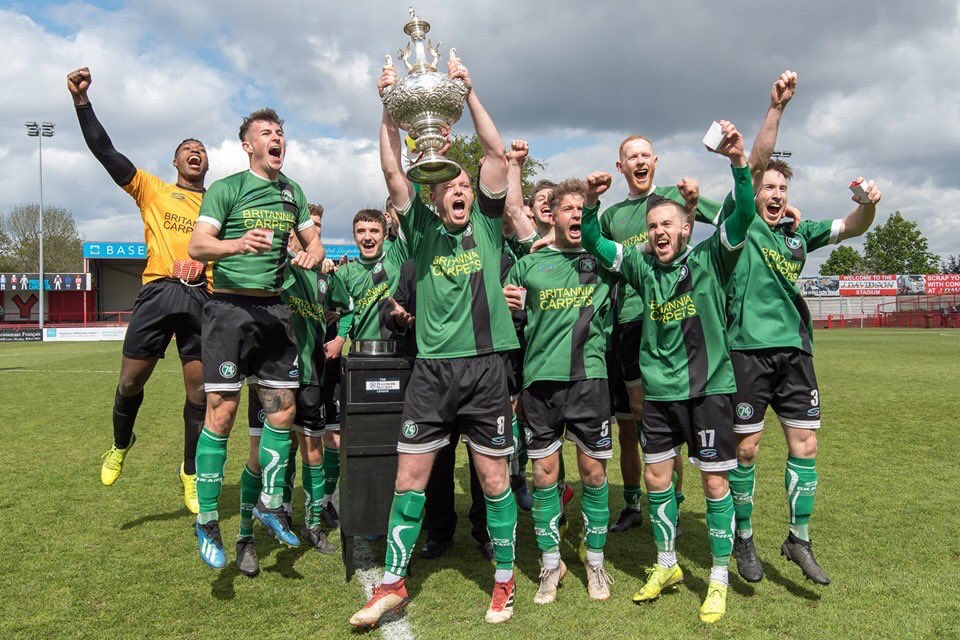 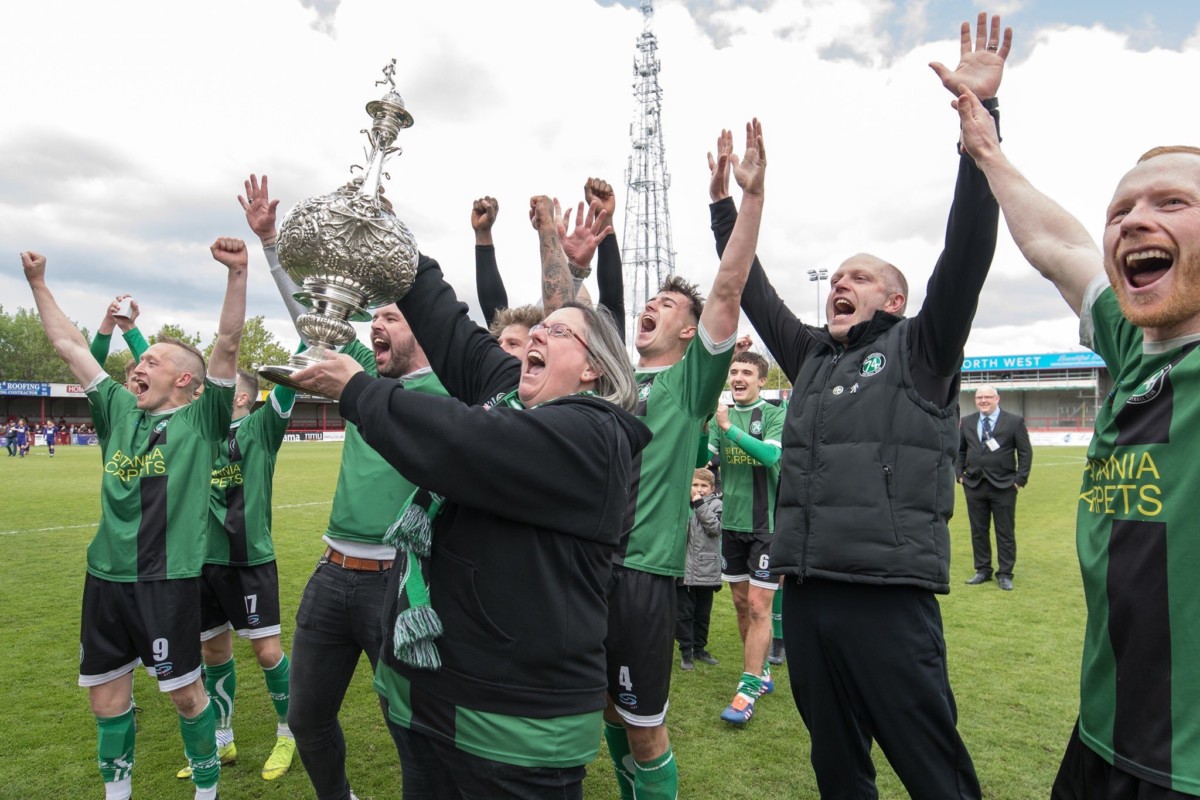 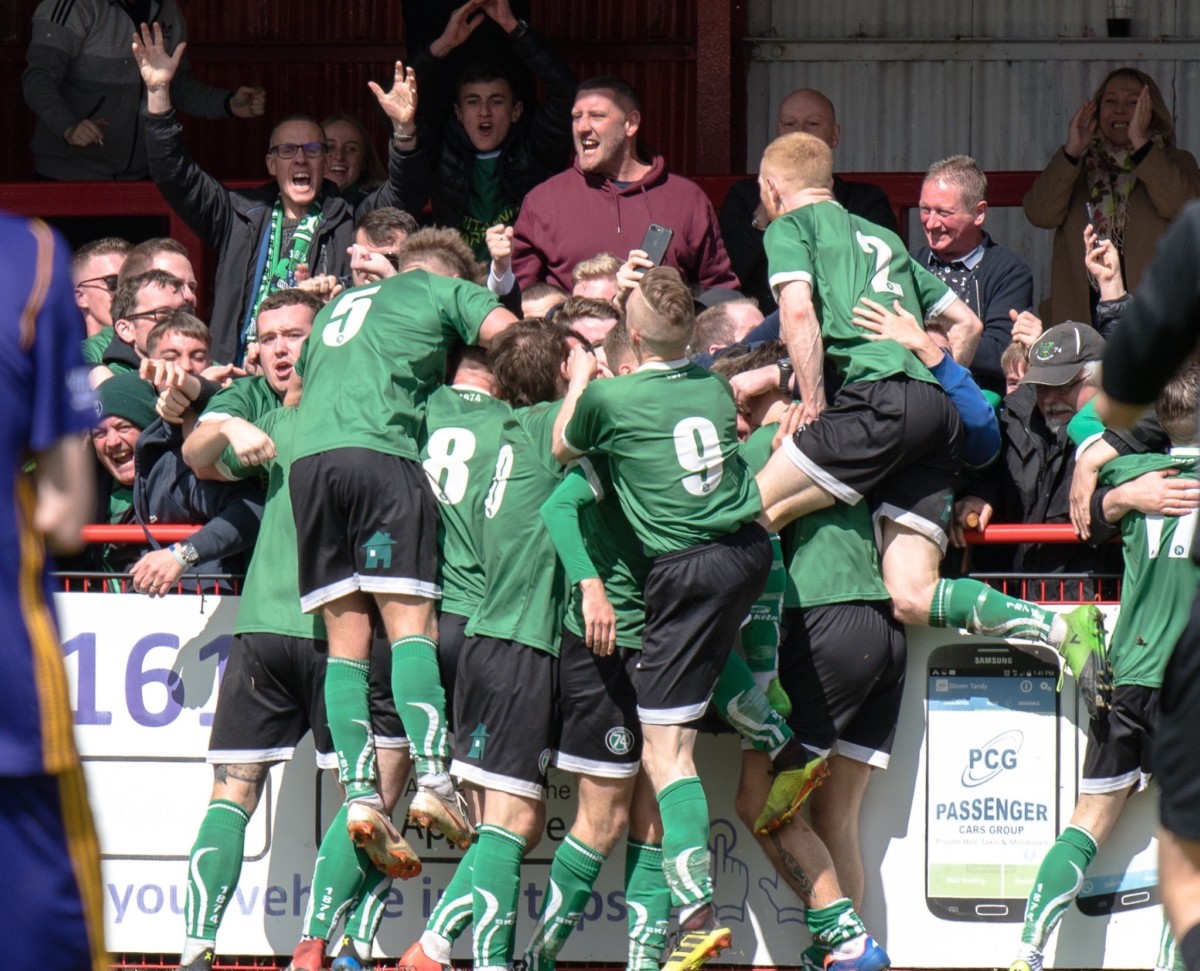 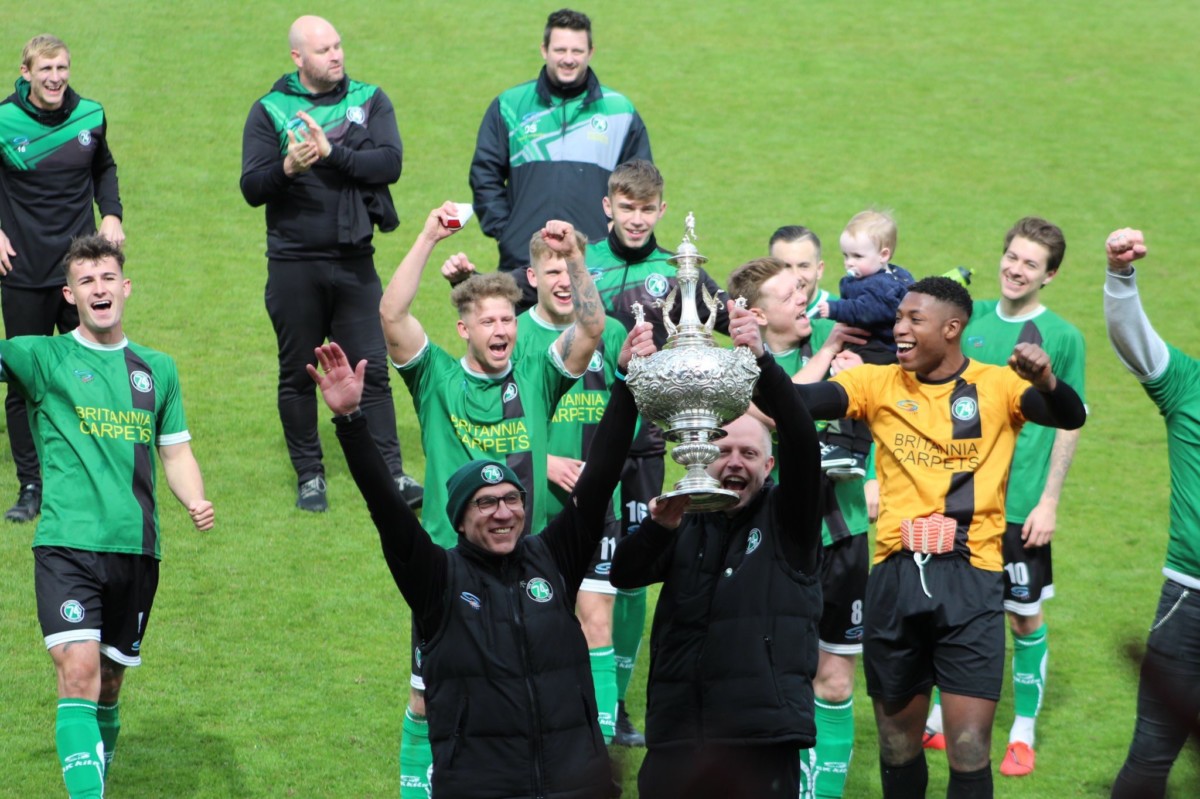